The Jessop Weapons Collection at the Museum of Man 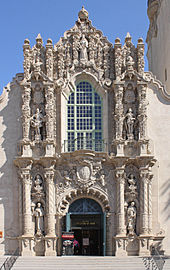 For many years, San Diego Archers have heard about a mysterious, incredible archery collection hidden away in the basement of the Museum of Man. We walk within a few feet of this collection as we wander through the Balboa Park Rube Powell Archery Range, especially during tournaments when pulling arrows from Targets 1 & 4, right next to the basement of the Museum (or in my case, when I am looking for my arrows BEHIND Targets 1 & 4….)

For decades, the Collection has been tucked away on dark shelves with little attention paid to the condition of each item. Two years ago, the Museum of Man initiated preservation work on the Collection. This involves inspecting each item in the collection, taking digital photos and notes, then storing each in a secure, clean environment.

The entire collection has nearly 6,000 weapons, many related to archery from worldwide cultures. The collection ranges from stone arrow points to elaborate crossbows. It includes objects from six continents and numerous islands, and it covers 235 cultures from 60 countries.

The weapons were collected between 1881 and 1911 by San Diego Jeweler and archery enthusiast, Joseph Jessop, Sr., who engaged ship captains, sailors, shipping companies, travelers, and expeditions to bring back examples of weapons from remote islands and the far reaches of the globe to his home in Coronado. Jessop loaned his collection to the Park and the new Museum at various times, starting in 1917. In mid-February 1917, the Park Board accepted Jessop’s proposal to locate an archery range south of the Organ Pavilion in Balboa Park. Following this agreement, Jessop moved his archery collection into the U.S. Government Building (current location of the SD Museum of Art).  Portions of the collection have been displayed in the 1920’s, 40’s and 1978-92. The entire Jessop Collection was formally donated to the Museum of Man in 1974.