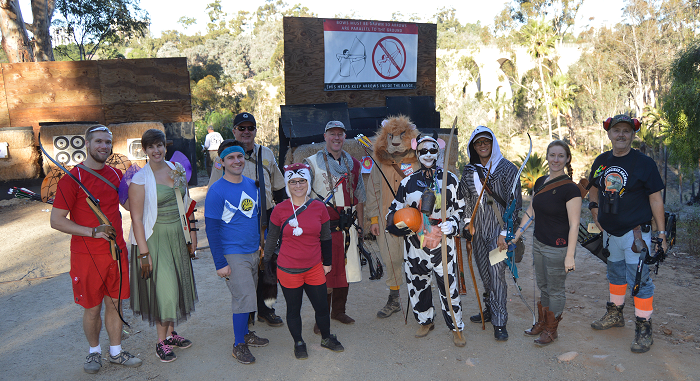 Top score of both the Pumpkin+3D Shoot and 3D-Only Shoot:

We hope everyone enjoyed our Halloween 3D Shoot this year! In addition to the usual 28 3D targets, we added 6 bonus (real) pumpkin targets, including the challenging “Watermelon-Pumpkin Spread” (just like the Buck-Doe Spread). An additional 10 points was awarded to anyone who wore a costume. As this was our first Pumpkin Shoot (in recent years, anyway), we were making up the rules and scoring as we went along, so there was a bit of confusion in adding scores. Below, you will find the first table with scores from the full pumpkin shoot (34 targets) and, below that, the scores from just the 28 3D targets. We are proud to point out that Jeff Harris had the high score of the day in both categories, even though he did not wear a costume…but he was wearing his Team Bow Tech shirt very well!

~68 archers showed up, with nearly a dozen in costume (57 scorecards turned in).